One of the most traumatizing experiences of my life, and arguably the most traumatizing experience, has been the unfoldment (over the last 11 years; and really 22 years but was not as mature enough to understand) of just how deep the roots of white supremacy and antiblackness are in this country. It is one thing to understand that white people are advantaged and privileged and experience/observe these privileges happening at my expense personally in some cases. It is something different to understand the collective group impact happening to black identity and black bodies; as well as the nuances of the moves that were made to construct not only the privileges which were designed systematically and structurally - but the culture of white people; as well as the systematic, systemic and cultural oppression of black people. Understanding and knowing how the landscape of realities of what it means to be black or white in this country is the result of manufactured circumstances produced by white people is saddening. And to analyze what this means for black people as a collective, especially tied to the disadvantages, disparities and disproportionate outcomes black people have faced in this country (historically into the present) is deeply disturbing. As Martin Luther King stated in 1967, "Racism's ultimate logic is genocide", and as James Baldwin also stated, "To be Negro in this country and to be relatively conscious is to be in a rage almost all of the time." Simply put, we have great reason for our anger and rage.

There is not one circumstance that black people face or have faced in this country that white people (as controllers of our all of our institutions, cultural and social norms, rights, privileges and opportunities) are not only implicated in, but entirely responsible. To understand this, one must be distinctly aware of the creation of both black and white identity in this country; which were constructed circumstantially and situationally by white people (English, Dutch, French, Spanish and Portuguese). If one does not understand this, then they will speak ignorantly about things they think black people should be doing to take responsibility for ourselves to make life better. In 1968, The Kerner Commission Report on Civil Disturbance stated, "White society is deeply implicated in the negro ghetto. White institutions created it; white institutions maintain it; and white society condones it."

Throughout my life, I have been fortunate to sustain jobs on what I refer to as modern day plantations, which have allowed me the pleasures of "affording" and doing some very wonderful things. And, one thing I know and am clear about, is that I worked for companies that were designed by, for and to support white people; with leadership teams that were mostly, if not all, white. In essence, my opportunities came from and through white people. And, this is also true for any such other black person who has been fortunate to survive comfortably in this culture whether we trace the roots of our lives back one, two, three or twelve generations. At some point in time, we will find that some of our relatives (those of us who are black and experienced privilege) experienced this variable.

Make no mistake, this is not an Ode or thank you to white people. I write these few statements to make the opposite point about the disallowance of opportunities which the majority of black people face in this country, relative to white people. It all filters up to the same place: white people as controllers of the legal system, education, economics, religion, housing, healthcare and everything else; and we must be aware of this as black people.

I think the most profound example of the power of white supremacy being alive and well is that we could have a president, Donald Trump, openly make unfavorable racist statements; incite white supremacist violence at his rallies; be caught on tape making statements about women, stating "You can do whatever you want to them, you can grab them by the pussy"... …..and still be elected. Although I understand and underscore very distinctly in my research, the law as the main tool of white supremacy (made for, by, about and to support the advancement and agenda of white people and white culture - and to distinctly disadvantage non-whites) it is alarming to me that even the "violations" he has been charged with by his actions have gone and will go unchecked; and that there are no checks and balances and/or accountability for this person; the greater variable being the profundity of the example this produces for white society, black society and other non-white communities. The are implications, messages and impacts to all.

Learning about, and understanding the depths of white supremacy and antiblackness (and I am still learning) has been and remains riveting to my soul, spirit and body. I awaken each day ready to face new challenges, and it is tiring; as the day never disappoints (though I wish it would) as the challenges surely prevail.

I will be back with new episodes of Exploring Racism podcasts beginning Monday, January 6th, from 8-9a.m. Please continue to stay on the path with me. I love you all! 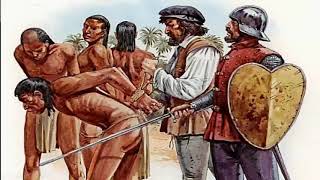 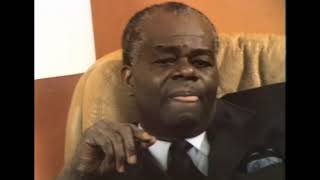 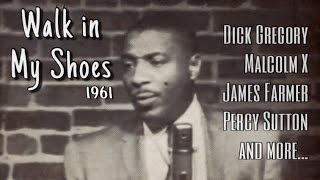